BioReactor large systems are typically in capacities ranging from 1,000 – 10,000 PE

Regardless of size, all BioReactor systems are delivered as pre-built units that are mounted in on-site pre-built concrete tanks. This makes installation of even a large system quick and straight forward.

All service of even large BioReactor systems can be done by local labor. 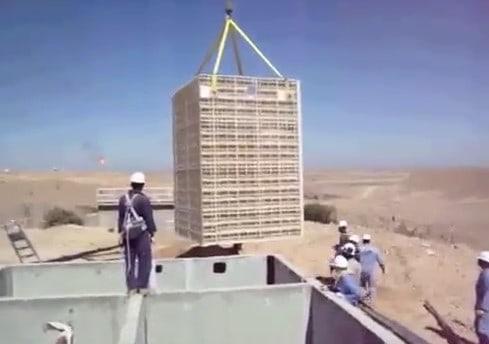 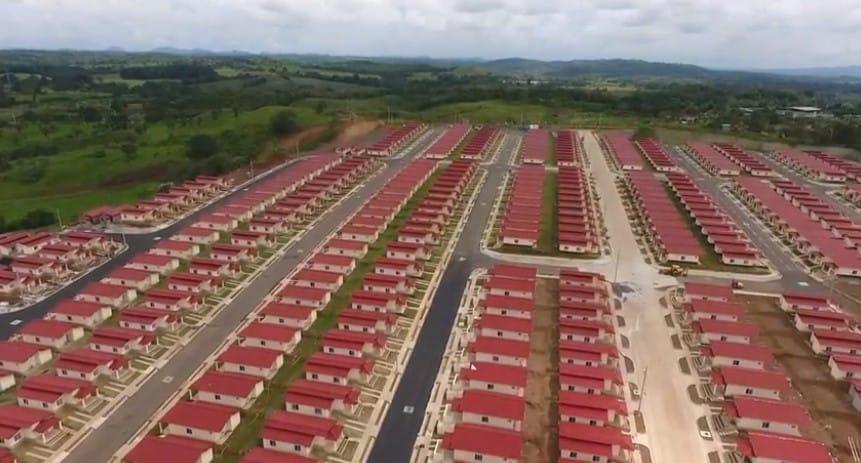 The system is for a new low-cost housing complex under construction on outskirt of Panama City.

The system was delivered in 2019 but the housing project is still under construction.

The first phase has been completed. 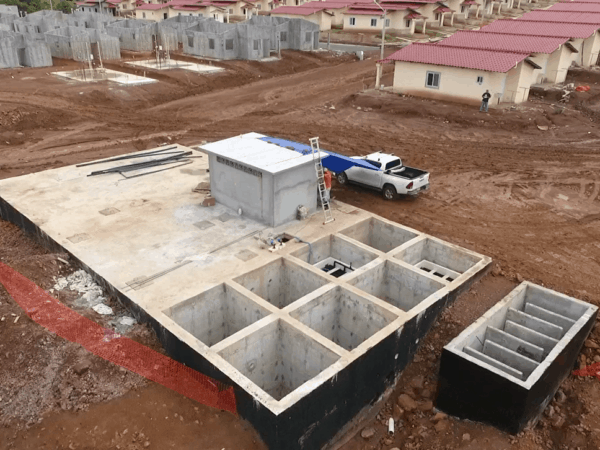 System in Panama under construction

The picture illustrates all the components in a BioKube BioReactor system. The total foot print of the complete system is only 9 x 17 meter for a system treating for 3,000 PE

There are two BioReactor systems installed. Only two BioReactors were originally installed because the housing complex was only partly finished. So, the system was designed for later enlargement in mind.

You can also see the settling zones in the concrete tank.

The part covered with concrete is the settling tank. 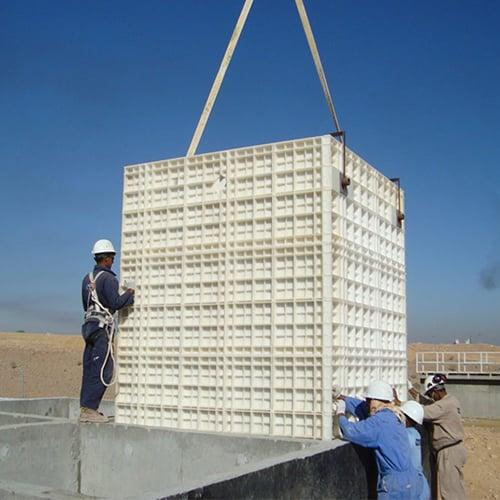 Installation is very quick and simple and require only a large crane. The cleaning units are lifted into the preceding on-site built concrete tanks. 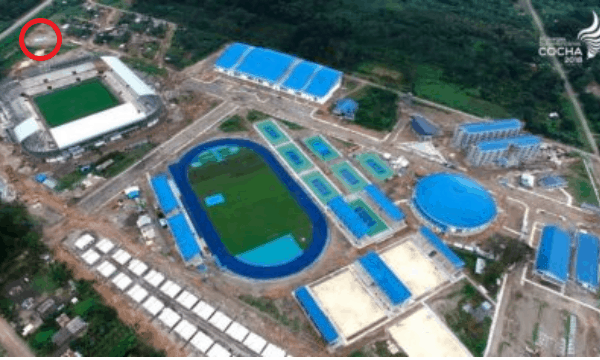 The system was installed in 2018 with very strict request for delivery time.
The system was ordered in October 2017 and was ready for the sports game in April 2018.
This short time included production at factory in Europe, shipment to construction site in Bolivia and installation. 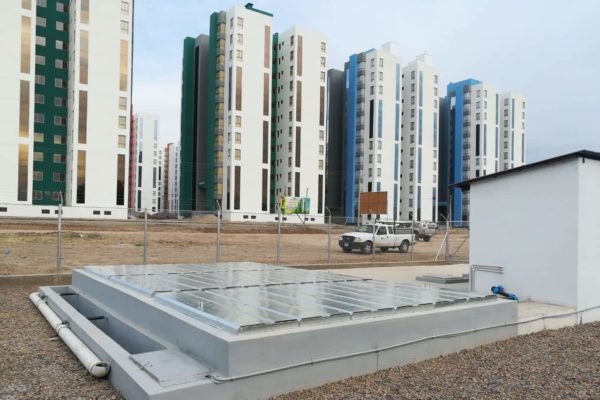 The finished system falls discretely into the surroundings. 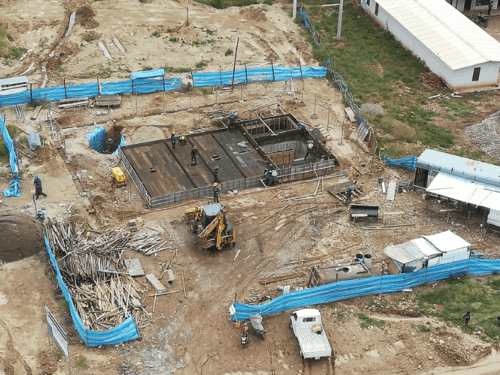 The system under construction.

You can see both the chambers for the BioKube cleaning units and the preceding septic tank.

The major part of installation can be performed by local labor 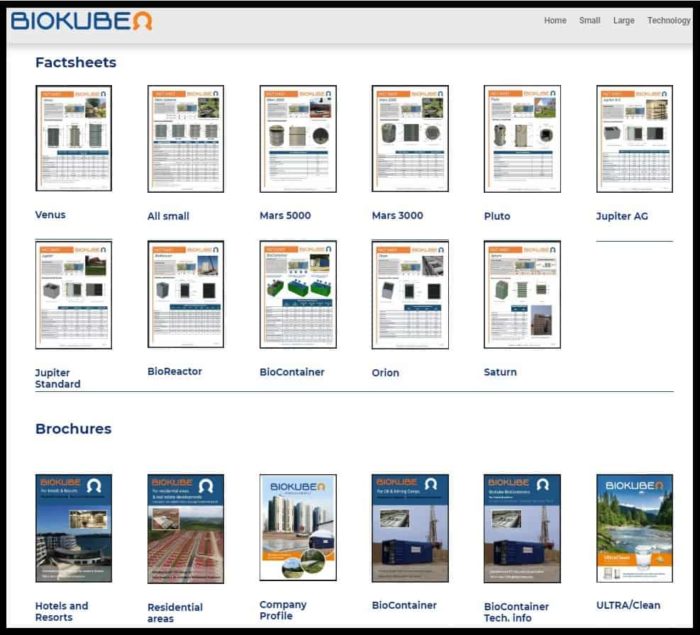